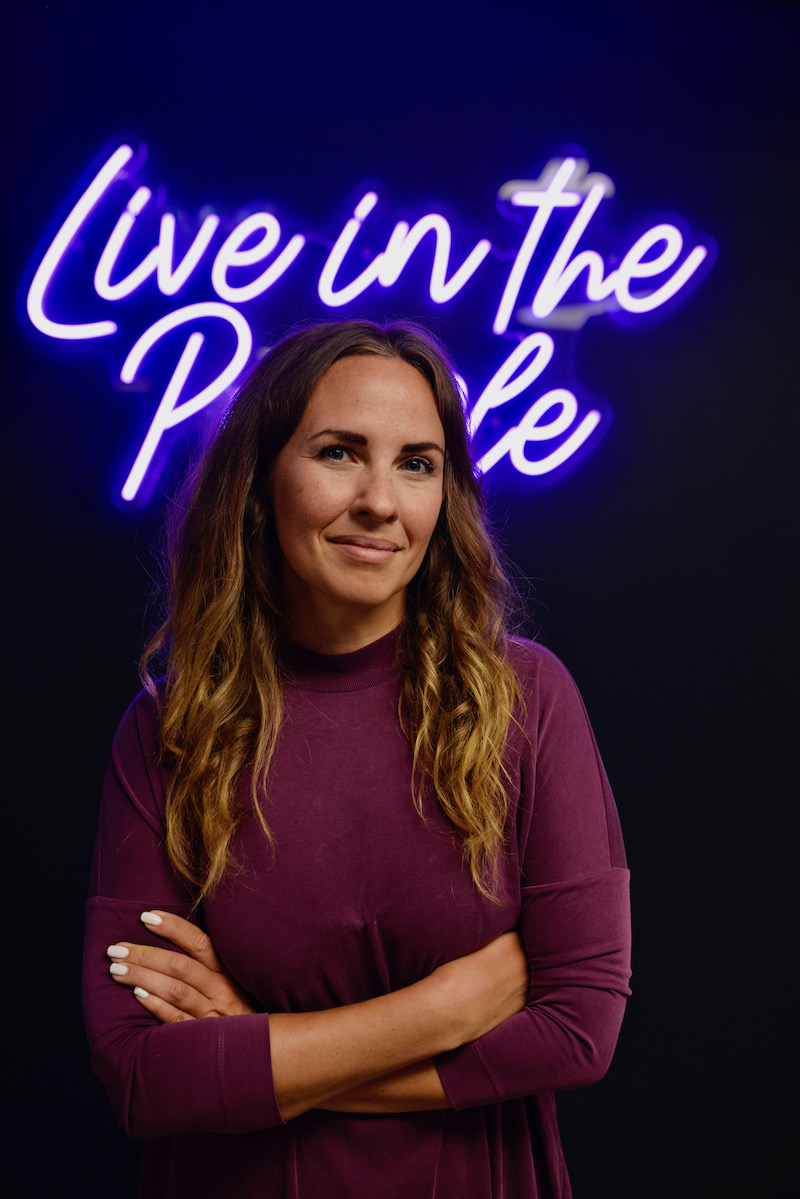 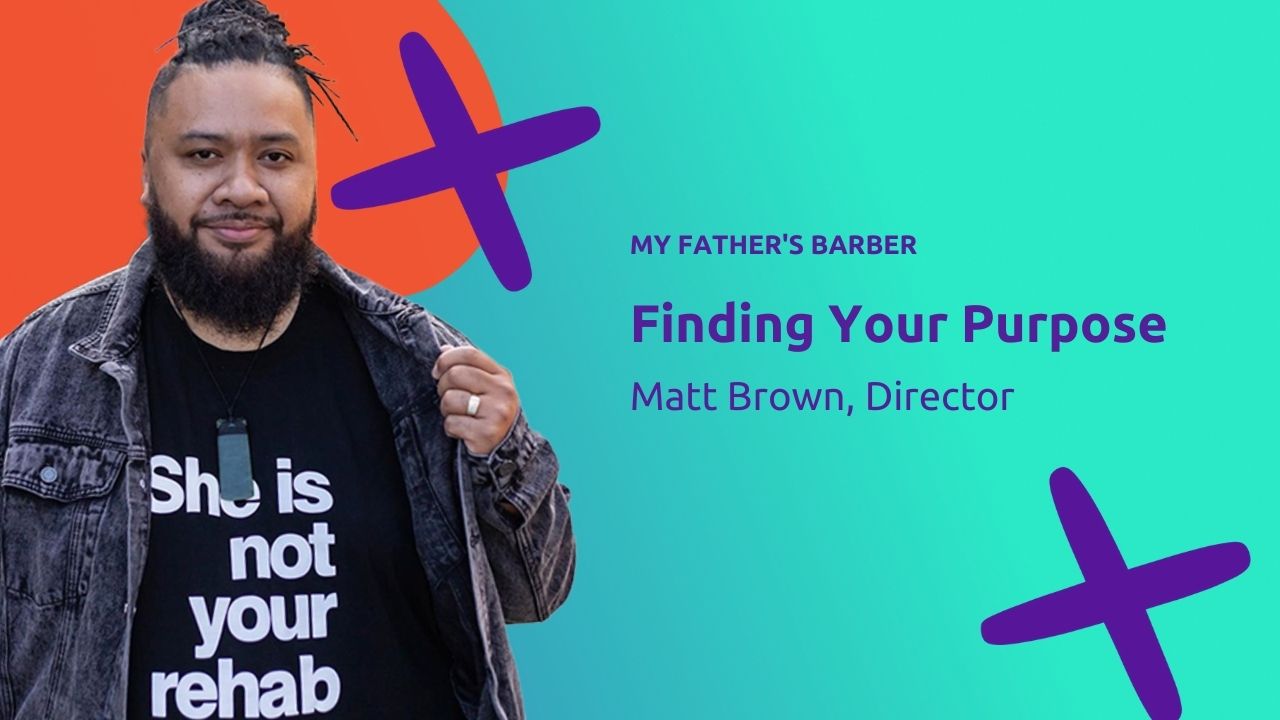 Two questions for you:

Having trouble with the latter? Read on...

In this exclusive presentation we share Matt’s journey to finding his purpose in the service industry. This raw, honest and authentic account is equally heartbreaking as it is inspiring. Matt’s story provokes us to find our own purpose in the work we do, and is a potent reminder of how we can use people-powered businesses to make the world a better place.

Matt can still clearly remember his first trip to the barber shop.  He was just 10 years old, excited, nervous and innocently oblivious to the impact that the haircut would have on his life. Behind the scenes though, Matt was living in a world of abuse and violence. By the time he was visiting the barbershop for the first time, his family had been to every Women’s Refuge home in their hometown.

Matt is a second generation New Zealand born Samoan, who grew up in a three bedroom state house with his 8 siblings and parents who immigrated from Samoa for a better life.

After he stood up from the barber chair at just 10 years old, despite all of the trauma and fear he was experiencing at home, he remembers feeling something that he’d never felt before. He felt important, and he felt seen. Not only did his barber match his request to make him look like Dwayne 'The Rock' Johnson (incredible), but he also spoke with Matt, and gave him the time day that he’d never received before.

That little moment can retrospectively be credited to Matt’s journey to become the barber that he is today. He too, wanted to make others feel seen in the same way. Especially those who had histories with family violence and gang culture like he did.

And so, the practice began — Matt opened up his garden shed / barber shop, and started practicing on his friends, kids and anyone that would take him up his offer. Matt doesn’t say this in his presentation (he’s far too humble), but Matt had a natural talent for barbering. In one instance, he shaved Tupac onto the side of his friends head, which went viral on social media, racking up over one million likes and shares.

As Matt’s clientele grew, so did his realization of his true purpose. The conversations that he had with the men, many of whom had experienced similar upbringings, were powerful to say the least. They were conversations that allowed men to take their masks off, be vulnerable and to be seen. He explains that while the men who volunteered their hair started as guinea pigs to test his barbering skills, they became his brothers.

There was one particular conversation that cemented Matt’s purpose to provide a safe space for men like no other. It was a late night and Matt had one more client to cut before closing up shop for the day. His name was Liam. A nervous young man who sat in Matt’s calming presence for the next half hour. At the end of the haircut as Matt held up a small mirror to show Liam the back of his head, Liam locked eyes with Matt, looked at him, and began to cry. After tears, embraces and gentle conversation, Matt learned that Liam had planned the haircut to be his last, before taking his own life.

Matt will never forget Liam walking out of his shed, turning back to him and saying “Thank you so much for seeing me tonight, brother”. And he knew he wasn’t talking about fitting him in for a haircut.

What Matt learnt from these sacred conversations, was that men have a lot of healing to do. To close his presentation, Matt shares seven things he’s learnt from talking and crying with ‘the most staunch, most ruthless, most violet men in [his] city’.

These learnings all surfaced because Matt realized that if he could combine a good haircut with an even better listening ear, something really profound could happen.

Matt has made it his life’s mission, his life’s purpose, to help improve the lives of men that are struggling, one haircut at a time.  He is a truly inspirational, humble and genuine man, and his story reminds us that you can be more than your occupation title.

We’re all on a journey to discover our life’s purpose, and while it’s not an easy task, hopefully Matt’s story will move you one step closer.

Susanne Axelsson
Susanne is the Frontline Community Evangelist as well as the author and researcher for Frontline Magic Handbook. She believes happy customers are born out of great experiences. Great experiences are delivered by motivated frontline people. 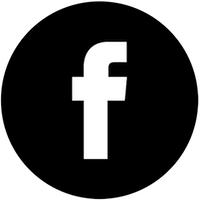 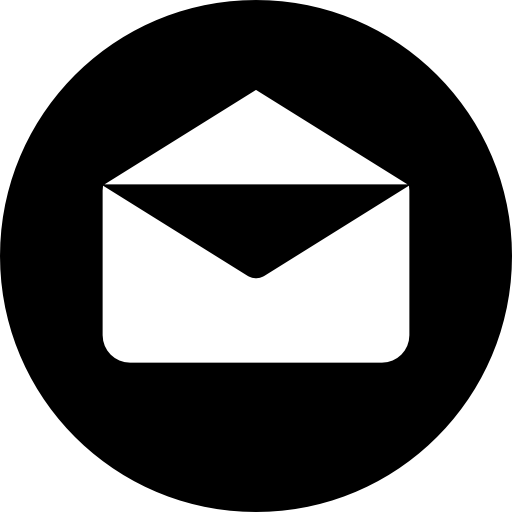 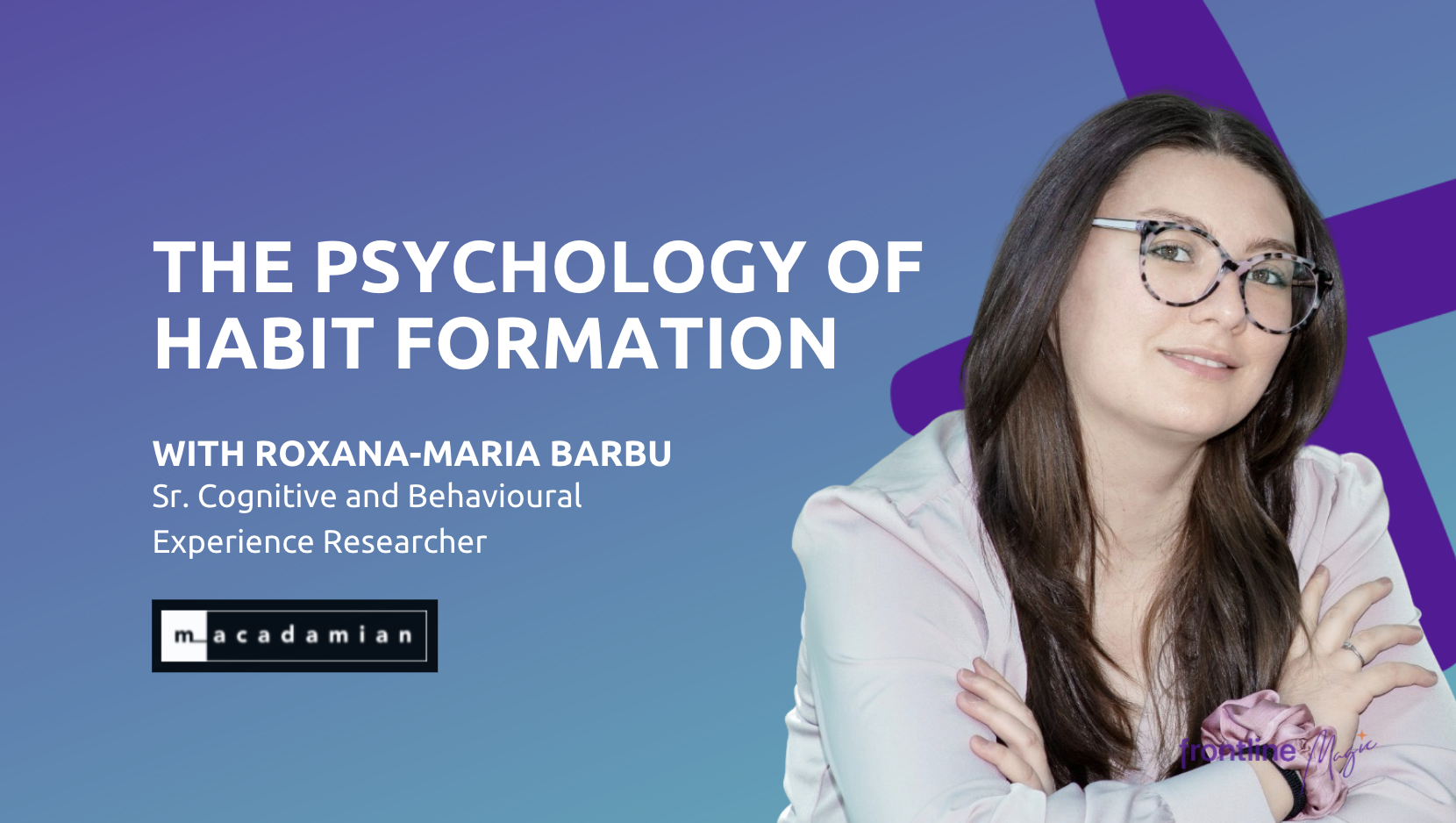 How to form lasting habits 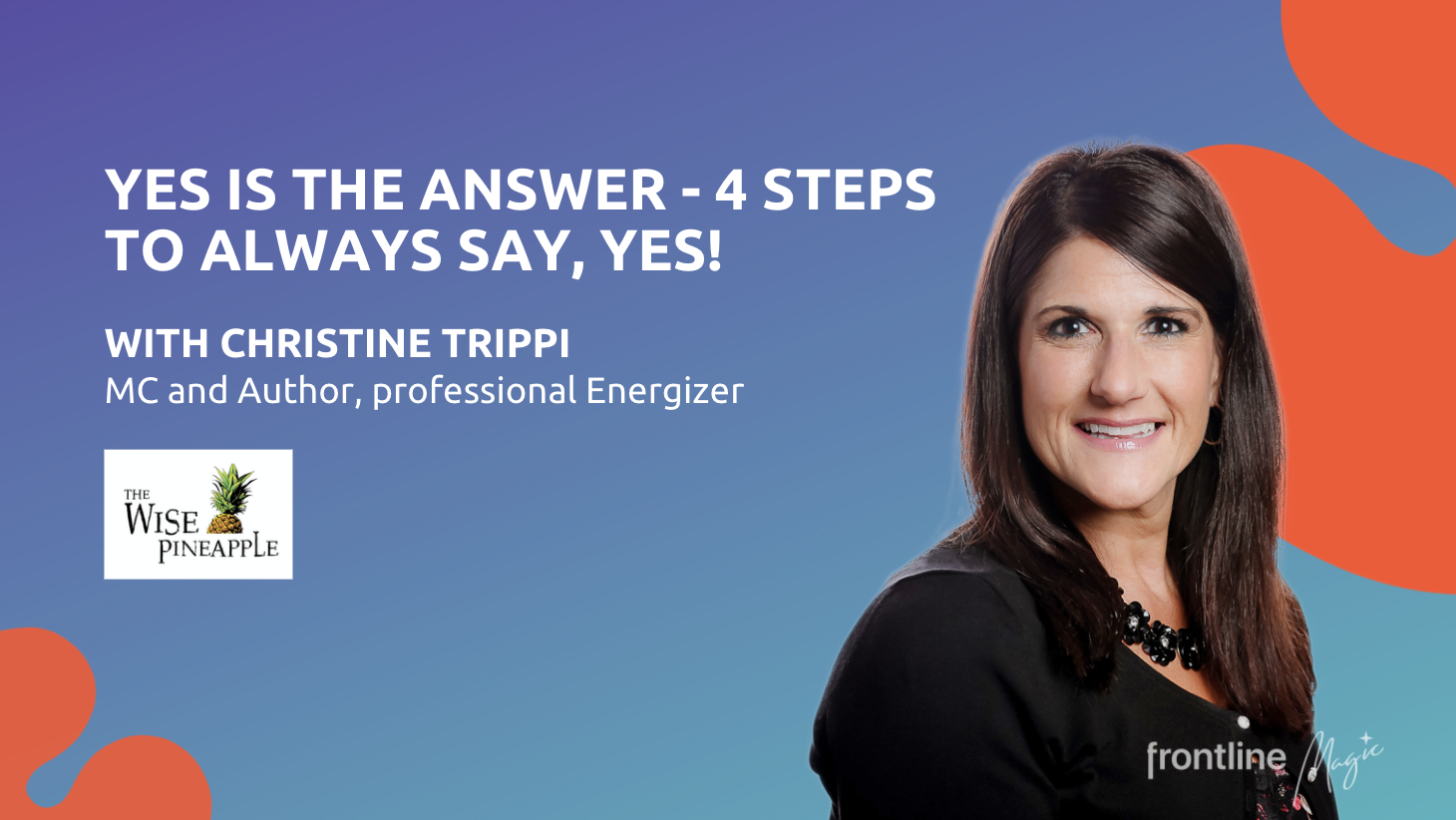 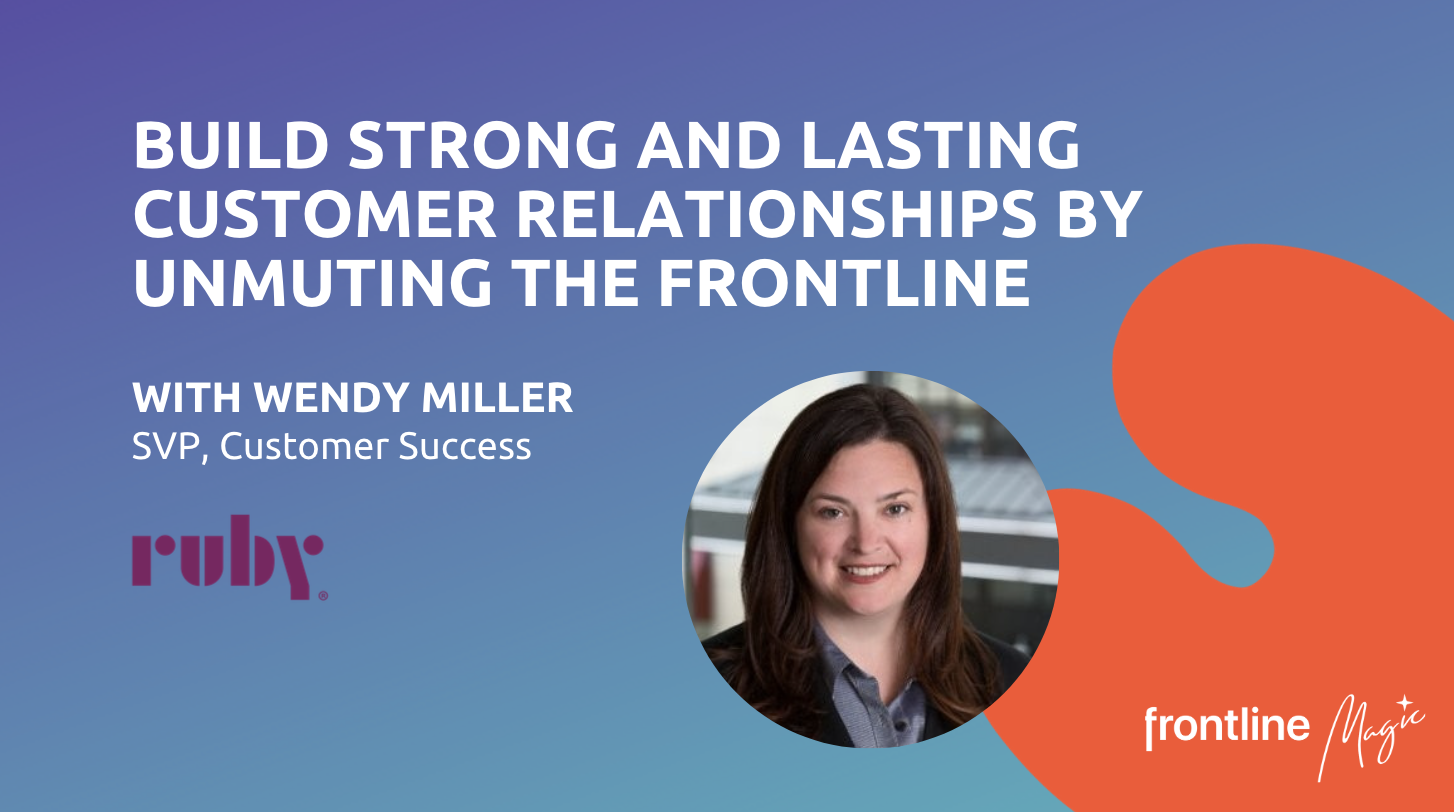 Sign up to our monthly newsletter and don't miss out on new tools, content and other insights!

Subscribe >
How to form lasting habits
SmileDirectClub on smiling and thriving at work
4-step guide to always saying yes to customers
How data helps Ruby deliver a WOW customer experience
How tech can enable a culture of coaching and self-improvement for the mobile workforce
How doing just one thing better at each stage of the employee lifecycle can help you get ahead
Customer success : ‘connecting the dots’ so every individual understands their impact
Customer experience programs should be all about uncovering ‘the truth’
Turn customer feedback into new business? It’s possible!
The power of emotional intelligence and how you can learn it
What is culture? And does it really eat strategy for breakfast?
Customer Service Lessons Learned From Covid
Mitre10: 'nail' your customer service goals in 2022
Barry’s: how to grow your customer service ‘gains’
5 Things You Can Do Today to Improve Your Customer Experience
Working up a storm in the fitness world
HMSHost: The ‘connection’ that powers customer service at airports
Why is consistency core to Uber’s customer satisfaction success?
Creating a culture of care through leading by example
GYMGUYZ give their best advice for a frontline ‘workout’
Shep Hyken on the anatomy of customer loyalty
5 counter-intuitive customer service secrets
Thriving workplace through human connection
Set your service standard, and then build buy-in
The Connection Between Employee Experience & Customer Experience
Leading yourself and business through change
It’s all about making customers feel ‘at home’...
When world-class customer experience is the aim - personal and team motivation is key
How Disney mastered the art of customer magic
How to Deliver Optimal Customer Experience with a mix of automation and human interaction
Caci clinic and the quest for ‘beautiful’ experiences
How the ‘toilet paper wars’ played out at our largest supermarket chains
Words to serve by…
What customer feedback reveals about memorable frontline experience
Creating the world’s most loyal travel community
CX insights from some of the leading brands out there
How a roadie helped green drop garage win a customer for life!
Cutting to the heart of lawn (and customer) care
Service tips from the world’s most loved hotel brands
Jim’s ‘Family’ – 40 years of building an iconic service business
How mentoring helps frontline businesses get ahead
Involving all five senses for a 5 star customer experience
35 years of frontline service wisdom
Taking punk CX to the mainstream
Finding Your Purpose
Cleaning up to reveal your frontline magic
Support A Colleague And Increase Your Motivation
The Anatomy Of Employee Engagement In 4 Easy Buckets
The Key to Value Creation: Your Frontline Employees With Rory Sutherland
Success At The Ritz-Carlton Is Simple: Your Bottom-line, Depends On Your Frontline!